Talking economics makes me anxious. I grew up during the recession, when I was old enough to know what was happening but not quite old enough to understand how it would affect me later in life. When I think of “economics podcasts,” I have an immediate flight response.

Upstream, though, understands that response and turns it on its head:

Founded in 2016, Upstream is a radio documentary and interview series offering themed episodes that explore a wide variety of topics pertaining to our tumultuous and thrilling 21st-century economy. Through a mixture of heartfelt stories, expert interviews, and rich sound design, we challenge traditional assumptions and invite our listeners to imagine what a democratic, just, and sustainable economy might look like.

Upstream is a two-pronged podcast: half of it is a documentary going in depth about different facets of how our economic system could be changed for the better; half of it is an interview series with people trying to do just that. Upstream‘s most recent series is on worker cooperatives and how removing a traditional hierarchical structure to a workplace makes for an all-around better working environment.

Something that Upstream does brilliantly, that I have yet to find in many podcasts outside of 99% Invisible, is balancing being informative and specific–especially about such a stressful topic–with being casual, welcoming, and warm. Upstream is never too casual, but it’s never too informational, either. The relaxing but also insightful, astute attitude of the podcast makes it feel approachable without being too condescending or like it’s trying to hard to be cool and approachable. There’s no pointed attempts at making economics seem cool; instead, Upstream genuinely has an air of relaxed cool to its episodes. 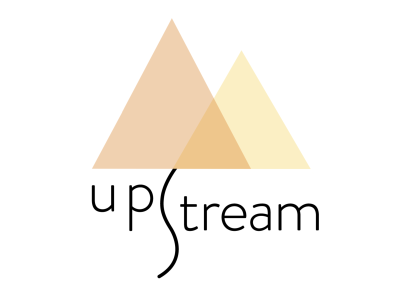 One of the ways it accomplishes this tone is through its phenomenal editing. In its documentary episodes, Upstream doesn’t just allow an interview to sit in the middle of the audio: instead, it weaves in moments from interviews with a larger conversation. It’s a sleek tactic that gets you expert knowledge, but weaves it into the more relaxed hosts’ conversations, who also help contextualize the interview’s discussion. It’s a tactic used by many big-title podcasts–Radiolab immediately comes to mind as does, again, 99% Invisible–but is so underused by smaller podcasters. Here, it’s an elegant way to weave interviews with the greater conversation at hand while also feeling a bit more casual and engaging.

The other main tactic in editing that adds to Upstream‘s feel is its use of music. Podcasters often shy away from transition segment music, but Upstream embraces it, using laid-back beats to move from one topic to another. It helps further establish that comfortable, relaxing, warm tone while also giving the listener a moment to mull over the discussion before the hosts move on to the next.

A criticism for Upstream is that the listener will often need that moment. Upstream isn’t hard to focus with how it communicates each episode, except that each episode is long, clocking in at about an hour. It’s nice to have an episode that’s packed full of information, but it does feel like each episode could be cut in half and still have the same impact with the rest of the conversation being picked up in a future episode. This could vary person to person; there’s a chance that someone who’s less anxious about economics, for instance, would completely disagree.

Otherwise, Upstream is a fantastic way to think critically about how we can change an economic system for the better, from the people who are trying to do just that. With gorgeous editing and music; a calm, comfortable tone; and brilliant, sharp analysis of economic systems, Upstream sets the blueprint for what economics podcasts should be.