In my Top 10 Tips for Nonfiction Podcasts article, I talked about the importance of finding your niche, highlighting the expansive world of hyper-niche podcasts. These are my top 5 favorite hyper-niche podcast categories. If you’re interested in any of this super, super specific content, I’d highly recommend giving these shows a listen–and please comment with your favorite niche podcasts below! 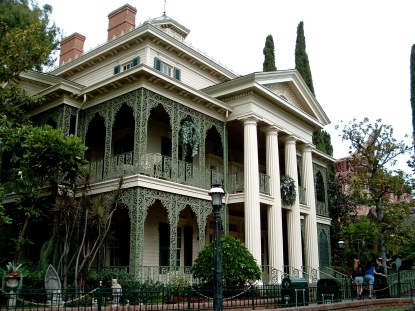 During my Sophomore year of college, I was struck with the insatiable need to go to Disneyland. I’d been to Disneyland a few times in my youth, but I’d never really clicked with it; after this trip during my birthday, though, something just connected. I quickly became a Disney Person. Not someone who likes Disneyland or Disney movies–a Disney Person. You know the type. They’re the people who know just an upsetting amount the parks and the company’s history, and then spends their honeymoon at Disneyland, and then also starts seriously planning a trip to Tokyo DisneySEA. When I first wrote this list, I mentioned some classic Disney parks podcasts–but that was before I discovered Those Happy Places. Those Happy Places is a podcast that analyzes attractions, theming, and other facets of theme parks like literature. It’s the best Disney parks podcast out there by a mile, and it also touches on Six Flags, Universal Studios, Knott’s Berry Farm, etc. It’s the perfect listen if you love thinking deeply about what makes the parks so captivating.

The Halloween Haunt and Every Day Is Halloween

After revealing how much I care about The Haunted Mansion, this really shouldn’t come as much of a shock. I love Halloween. Each year, I force my husband into doing something Halloween-y for every single day of October (October 1 is watching Over the Garden Wall in its entirety, while Halloween is, naturally, watching Hocus Pocus). I start planning my Halloween parties (intentionally pluralized) in just about May each year. I love Halloween, and of course podcasts have my back. While The Halloween Haunt is very family-friendly and only airs in October, Every Day Is Halloween airs year-round and is a bit more adult. The Halloween Haunt brings some sort of spooky story each episode, while Every Day Is Halloween reviews horror movies, plays spooky music, gives recipes, etc. 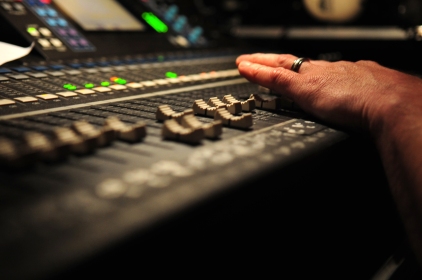 I’ve mentioned a lot on this blog how much I love audio editing, which I learned back when I worked at my college’s radio station. While I don’t have the equipment or software to keep doing the work, I’m so glad I get to live vicariously through podcasts. A lot of this comes through just hearing how podcasts are produced, but for more specific discussions of production, editing, and design, Reasonably Sound and Song Exploder are both such interesting assets. Reasonably Sound is hosted by PBS Idea Channel’s Mike Rugnetta, gaining it double favor in my book, and focuses specifically on sound design. Song Exploder takes songs and breaks them apart piece by piece, usually taking to writers, performers, and, most excitingly, producers. It helps that my taste coincides with a lot of what’s put on Song Exploder, but I’m even a fan of the episodes that feature songs I don’t like. 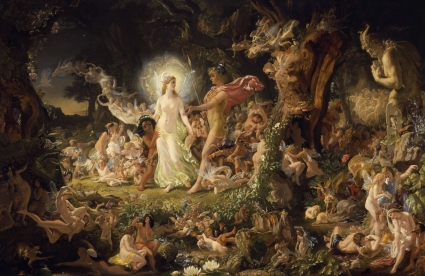 Spirits and Myths and Legends

With American Gods and the Percy Jackson books being so popular in the last decade or so, I suppose this isn’t exactly super niche. If mythology becomes more en vogue, I certainly won’t be complaining; I also love American Gods and the rick Riordan series. Both Spirits and Myths and Legends discuss some classic myths, including how they’ve been interpreted and conveyed over time. The main difference between the two is their method of delivery: in Spirits, two friends drink (hence the pun of a name) and banter about the myths, whereas in Myths and Legends, the host gives straightforward retellings with a deceptively funny streak. One of the nicest things about both podcasts is that they don’t focus solely on Greek mythology. In fact, most episodes I’ve heard have focused on cultures that aren’t Greek, whether it’s Egyptian, Japanese, Korean, Chinese, Norse, Russian, or Native cultures.

The Allusionist and Grammar Girl

Of all of the podcasts I currently listen to, I have listened to Grammar Girl for the longest. Grammar Girl was the first non-radio podcast I ever listened to, except for maybe Pottercast (and if I still listened to that, Harry Potter would have its own section here too). This should have been a clear indication that I would go on to study English Education in my undergrad and take grammar courses that were way more intense than one would expect. You might think, “Oh, what, you had to learn commas?” No. We’re talking verb valencies, and that wasn’t even close to the worst of it. I would have been absolutely scrambling had it not been for Grammar Girl. The Allusionist was a much later find, but has a stronger focus on linguistics and etymology. While Grammar Girl listens like a fun textbook, The Allusionist is much closer to being 99% Invisible’s fun linguist cousin. Both shows are, obviously, the perfect fit for any other language and grammar nerd like me.

All of the shows listed can be found on any standard podcast streaming app like the Podcasts app for iPhones, or PodcastAddict and PocketCasts for Android. They can also be streamed directly from their sites. What are the super niche podcasts you love? Do you share any of my really, really specific podcast fascinations? Do you have any recommendations for more podcasts in these niches? Comment down below or let me know on Tumblr or Twitter.

11 thoughts on “My Favorite Niche Podcasts”