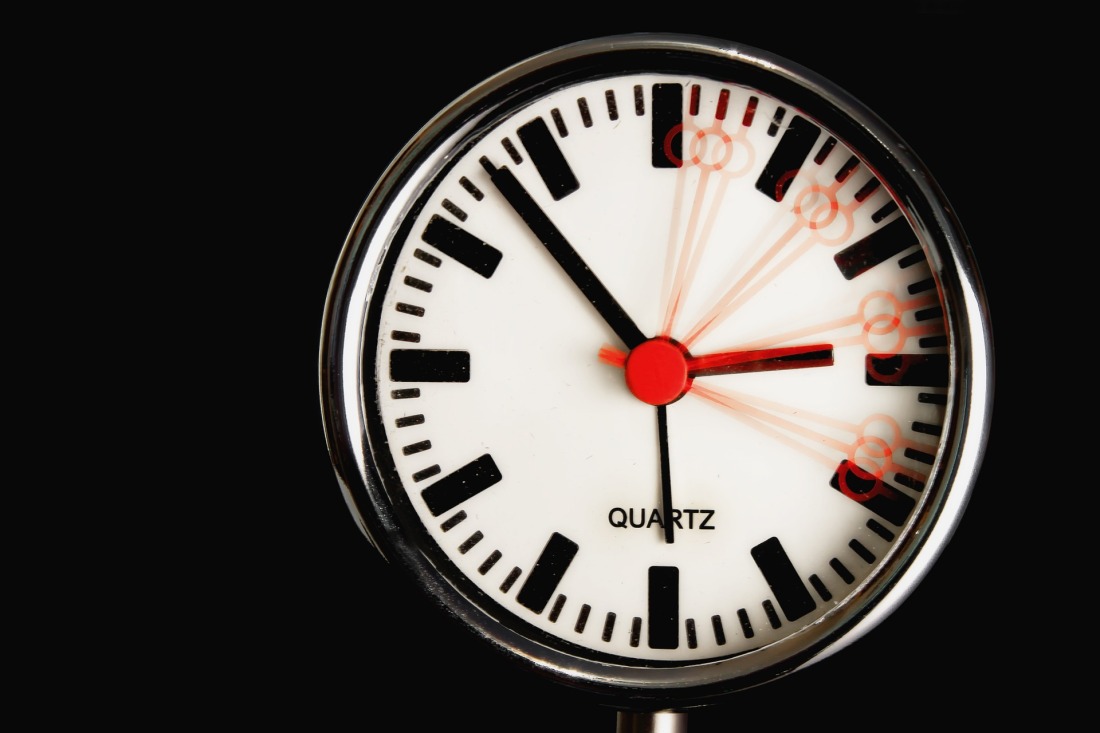 Let’s Go Back to ars PARADOXICA is a relisten and recap series for season one of ars PARADOXICA released every Tuesday. You can see the full series here.

Back in her home after going to Petra’s safehouse, Dr. Sally Grissom narrates to her audio diary about what it’s been like being back. Dr. Grissom has regained some trust of Dr. Esther Roberts after she told Dr. Grissom about saving Dr. Nikhil Sharma–but because Dr. Roberts only saved him to use him as an asset, that trust isn’t back completely. Dr. Sharma has been understandably on edge, but Dr. Grissom is just happy to have her friend back. Together, they’ve been trying to decrypt the hard drive from Partridge, but given neither of them have a background in computer systems, it’s proving difficult.

Meanwhile, Dr. Grissom has started teaching an engineering course to local women. She calls this group “Grissom’s Gizmo Gals,” because she is terminally Dr. Sally Grissom. At one of those classes, Dr. Grissom is approached by one of her students, Jeanette, regarding Jeanette’s niece, Carrie Everworth. Jeanette is worried; Carrie, who works for “the government,” has been living with her, but randomly moved out a few weeks ago. Jeanette susses out that Carrie works wherever Dr. Grissom works and asks Dr. Grissom to check up on her.

Dr. Grissom goes through a series of people to get Carrie’s file, eventually getting it from Petra, labeled for someone named “Syvlia Pureboot” (see ODAR & You! below). When Dr. Grissom does her research, she finds that Carrie is being put on an alternative to the Blackroom, something called the Outpost. Essentially, it looks like Director LeMartine is going to stranding someone else in a Blackroom just like they did for Partridge.

Dr. Grissom isn’t impressed, though; she came with receipts. She explains how the records say that those stationed at the Outpost will be subjected to, essentially, the same isolation Partridge had to deal with. Director LeMartine tells Dr. Grissom she doesn’t know what she’s talking about, explaining that the Outpost is operated externally, not internally–which leads Dr. Grissom to remember some of the research she did on the Blackroom while trying to save Partridge.

Dr. Grissom goes to the diner with Dr. Roberts to talk about all of this, saying she doesn’t trust anyone in ODAR. Dr. Roberts points out that ODAR is made up of individuals, and also, Dr. Grissom is the one who almost literally committed treason for a friend she’d made just a day or two before.

Dr. Grissom: So, what do you think? Are we gonna save Carrie, or what?

Director LeMartine: I think what you’ve showed me today is the best justification for rethinking my plans for the Outpost.

Director LeMartine: I’m not wasting any time getting the Outpost set up, but I’m definitely going to take this data into account. It’s more efficient, and on the upside we can keep a few more agents’s families intact. Not bad, Dr. Grissom.

Dr. Grissom: Holy shit. This is the most human thing ODAR has ever done.

It seems like Dr. Grissom really has succeeded until Jeanette, sobbing, shows up on Dr. Grissom’s doorstep because her niece, Carrie, wound up moving away for work anyway. Jenette reads the letter from Carrie, explaining that she’s embarking on a new adventure. Dr. Grissom explains as best she can, gives comfort to Jeanette as best she can.

When Dr. Grissom confronts Director LeMartine, she’s furious. She says that they had an agreement, but LeMartine says they never agreed on anything–which is true: read that excerpt of the transcript above. LeMartine says that Carrie volunteered to leave and man the Outpost. She wanted to get away. Dr. Grissom posits that she only wanted to get away because ODAR inundates everyone with propaganda, and LeMartine says that everyone is complicit in something upsetting in some way. She fully admits and explains that she did try to send Dr. Sharma back to kill Dr. Grissom in the past to clean up some loose ends, because that’s the kind of decision-making someone has to do. She points out, though, that just because Dr. Grissom can’t fathom doing what Carrie did, that doesn’t mean Carrie was forced; not everything, it turns out, is about Dr. Sally Grissom.

The episode ends with more of Dr. Grissom’s audio diary. She says that LeMartine had good points–that she admitted to trying to have Dr. Grissom killed and still “landed her point.” Dr. Grissom doesn’t know whether this honesty from an ODAR director is an improvement or not after all.

And then, the audience hears Dr. Grissom get kidnapped.

This episode was fine. Other than the standout performance by K McIntyre as Jeanette, which steals each scene, the episode didn’t make much of an impact on me, and didn’t feel like one of the more integral episodes in the third season plot-wise.

The Recruitment of Gaines and Marian

In a version of the current timeline, both Gaines and Marian are recruited into ODAR. Sometime after October 28th, 1943, Marian is given the order to stop Gaines from joining ODAR.

In order to execute the jailbreak plan for Maraczeck and Lambert, an infinite number of Petras traveled to the past, to other Petras’ timelines, to help them learn from their mistakes.

The Death of Cornish

In Timeline 1, Hank Cornish almost escapes after being revealed as ODAR’s mole. Partridge, from the Blackroom, rips him out of time and lands him in another timeline, where his corpse washes ashore and is found by that timeline’s Chet Whickman.

Did anybody ever figure out Sylvia Pureboot?

Next week, I’ll be recapping episode “31: Control.” For all of the ars PARADOXICA recaps, start with this post, or see all of the posts in the series here.