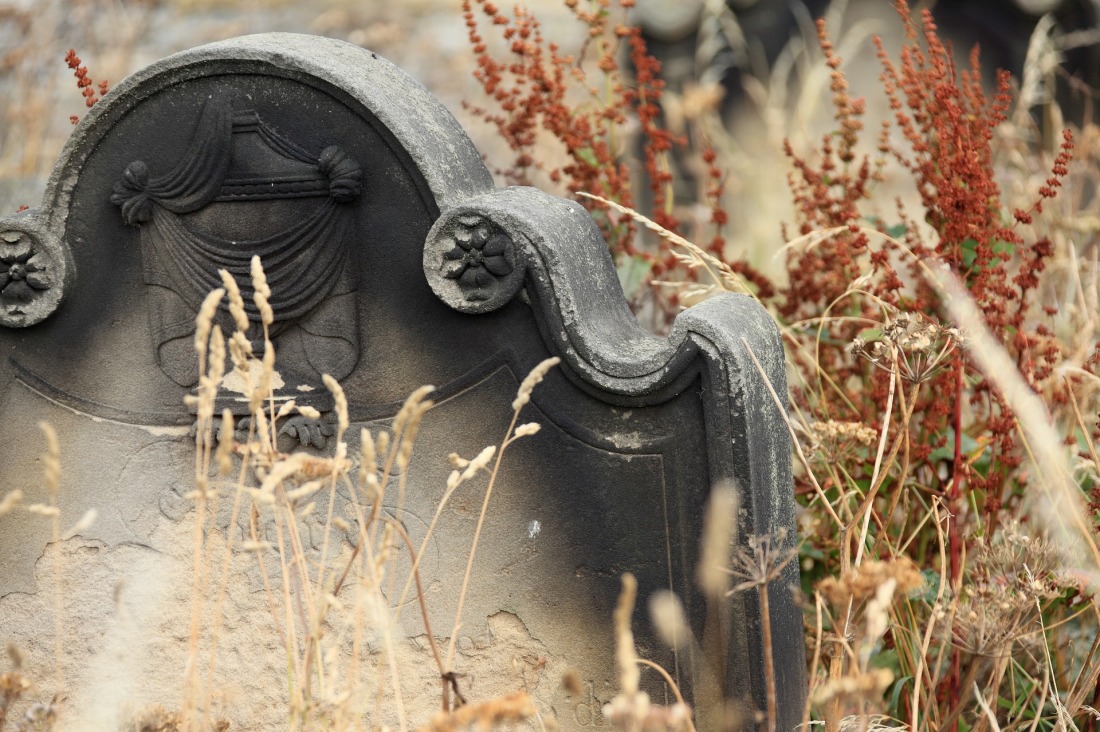 Death isn’t unfamiliar in the world of audio fiction. Between dramatic podcasts like Wolf 359 that are ready to kill off any character to the comedic Wooden Overcoats, a podcast about funeral home directors, there’s macabre aplenty in the medium. Still, Death by Dying brings something new to the concept with a streak of absurdism and an unflinching look at human fragility.

‘Death by Dying’ is a dark comedy audio drama that serves as the obituary column for the charming town of Crestfall, Idaho. The Obituary Writer finds himself deeply in over his head as he investigates a series of strange and mysterious deaths… when he is supposed to simply be writing obituaries. Along the way he encounters murderous farmers, man-eating cats, haunted bicycles, and a healthy dose of ominous shadows.

Death and life are both absurd concepts. It’s something philosophers like Camus have discussed for as long as philosophers have discussed just about anything. At its core, this is what Evan Gulock, Niko Gerentes, and Joshua Giordan’s Death by Dying is about. Initially, Death by Dying comes across as a familiar style of audio fiction with an affection for the seemingly random–something that initially made Death by Dying feel like somewhat of a misfire for me. It was only when I listened to the first season, just five episodes, in full that I realized my analysis was the misfire. Death by Dying isn’t familiar or random to be random. It’s a rumination on feeling like life and death are equally chaotic and confusing.

Death kind of gets a bad rap. As explained by one character in the series:

This is the concept that the nameless protagonist, The Obituary Writer, deals with in his small town of Crestfall, Idaho. As he starts writing the obituaries of various townsfolk–Crestfall has a shocking number of notable deaths–he finds himself incapable of letting the story rest with just his words. He investigates the cause of each death, less private investigator and more naturally curious seeker of information. Eventually, The Obituary Writer is joined by a friend, Charlotte, who he meets from one of the obituaries.

The Obituary Writer is the protagonist of Death by Dying, but Charlotte, played by Angela Morris, is one of the most standout characters. Direct, sharp, but still emotional, Charlotte takes that feeling of goofy randomness and turns it into something more tangible, something worth analyzing. It’s Charlotte who makes the stakes of the story feel genuine, turning a once-silly, somewhat fluffy show into something earnestly dramatic and even, at times, terrifying.

Death by Dying is, as I’ve laid out here, fairly inconsistent. The first three episodes are fun and interesting, but they do feel listless for listeners who usually prefer single over-arching narrative. Episode three is when things start to solidify in the plot of the first season–something which feels intentional upon a second or third listen, but may be frustrating or confusing at first. If you feel like the tone of Death by Dying is something you might enjoy, stick with it at least through the third episode before making a judgment call.

Death by Dying is a podcast that feels in the same family as What’s the Frequency? or Kane & Feels: Paranormal Investigators in its takes on the dark and the surreal, with perhaps a bit more Welcome to Night Vale leanings in structure. It’s a glimpse into what makes life absurd, what makes death feel random and looming, and the anxieties that tie them both together: quoth the raven, “What if your friends don’t really like you?” Showing the absurd, the morbid, and the anxiety-inducing here doesn’t feel stressful, though; instead, it feels emotionally accurate. It feels like a relief.

You can find Death by Dying, including transcripts of every episode, on their website.