A Word from Our Podcasts is a limited set of reviews in which I discuss my experience with a company known for advertising on podcasts. These posts are not sponsored. I paid the company for their product, not the other way around, and I definitely have not gotten any of these products for free.

In the past few years, I have become a parody of a podcast listener. I find myself living each day using at least one product specifically well-known for being a podcast sponsor. While I originally intended these reviews to be fully dedicated to each specific product, I have amassed too many products for this to be sustainable. Instead, this post will be a roundup of the myriad goods and services I have tried thanks to promo codes from podcasts. 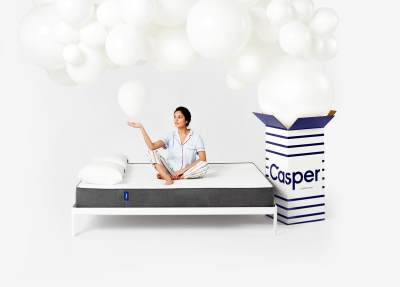 An update on the Casper mattress

My first “A Word On Our Sponsors” post was a review of the Casper mattress, which I immediately fell in love with. It’s now been a few years since the purchase of our Casper, and I can confirm that it’s still one of the best big purchases we’ve ever made. The Casper has remained as comfortable as it was when it was first purchased. This speaks not just to the initial quality of the Casper but also its impressive longevity.

While I love the Casper, MeUndies are hands down the product I recommend most to others, podcast listeners or otherwise. When I initially heard about MeUndies, I thought they seemed a little too cute, a little too twee, and a little too self-congratulatory. I balked at their prices: one pair of women’s briefs costs $16, and I was used to buying the clearance underwear at Target. Still, the ads on Wonderful! were too endearing, and we caved–and now, we will never look back.

MeUndies have given me the most luxurious buttfeel. I could not have imagined what a genuine step up in quality of life it is to have a butt that feels so consistently luxurious. I never knew the phrase “lap of luxury” could be so literal, but now I understand. MeUndies genuinely make every outfit feel more comfortable. The fabric is so soft while still being airy. There’s no annoying seams, and the waistbands are plenty comfortable.

When I first got MeUndies, I was focused on the cute patterns and bright colors that seem to be one of the main branding appeals. After wearing them, it was clear that while the cute prints are nice, I’d much rather spend for larger packs of less exciting pairs than spending more for the cuter prints. Granted, the packs do not qualify for podcasters’ promo codes, which is disappointing–but ever since using the promo code, we’ve slowly been replacing all of our underwear with MeUndies. They are expensive, absolutely, but if you can afford it, they’re so worth it.

To preface: When I decided to try TalkSpace, it was in a moment of great need for some sort of mental health help and the resources to do very little. I try to be up front about my mental health, so it should be noted that I have much more specific mental health concerns than generalized depression or anxiety. I read several reviews of Talkspace that said it works best for people with concerns like generalized depression and anxiety, but I still decided to take the plunge.

I was, probably unsurprisingly, very underwhelmed by my experience with Talkspace. First, let’s talk about the interface. It has been a while since trying Talkspace, so take my qualms with the app with a grain of salt; things could have improved significantly. When I used Talkspace, the app was bizarre. It seemed like a simple process: the service is, essentially, texts between you and a counselor. Instead, the app tried to over complicate this, adding menus that didn’t work (there was a “group therapy” type of option that did not, at the time, have any usable functions) and some strange UI choices.

My experience with my specific counselor was also very, very disappointing. When establishing our initial conversations, I told my counselor that the issues I wanted to discuss were managing more than anything general; I also told them I was familiar with therapy and didn’t need, or want, a Therapy 101. Unfortunately, a Therapy 101 is exactly what I got. Instead of discussing anything, the counselor gave me very basic management tactics that felt like a bandaid with no adhesive. It felt a little like being told the infamous “Have you tried yoga?” or “Just relax!”

This could have been, absolutely, the counselor I was placed with. However, between the interface, the lack of substantial rapport and help that can be attained through a single exchange a day, and the quality of help I was receiving, I canceled my Talkspace account after two months. About a week later, I was emailed a “Please come back!” message via the app but from my counselor, which seems a rather unkind and guilting method of trying to retain a past customer who already has guilt issues, which they know about.

(Also, to note: I have since found a traditional therapist, and while it is difficult to fit appointments into my busy schedule, it’s been an incredible process that I’m so grateful for.) 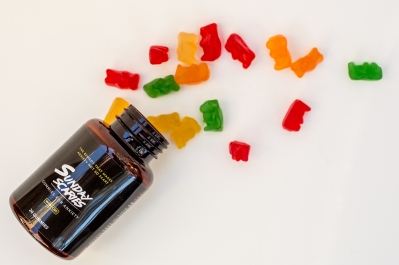 Unlike Talkspace, something that has helped some of my symptoms is Sunday Scaries. Sunday Scaries are CBD gummies specifically meant to treat the symptoms of anxiety. I have eaten a few Sunday Scaries before potentially anxiety-inducing events of varying degrees. I have been in situations that would have likely otherwise triggered panic attacks in the moment, and while I was not fully at ease during them, Sunday Scaries kept this down to a reasonable, manageable level of anxiety. Sunday Scaries have also had the added benefit of sometimes reducing physical pain, which is less of a selling point–it seems a little less consistent and definitely a lower level than how it helps reduce anxiety–but more of a nice perk.

Sunday Scaries are not a replacement for taking methods to help manage your anxiety; however, they’ve proven to be a helpful way to keep my anxiety managed in times I know it’ll be running higher than usual.

Dollar Shave Club is a monthly-or-so subscription service for razors and razor heads, with the appeal being that the razor heads are much cheaper than you’d find at a store and can be replaced on a more reasonable schedule than most people abide by. In my experience, this service is . . . fine. It’s fine. The razors they send you are fine. They work. They’re not as phenomenal as Dollar Shave Club tries to assert, and they certainly only last until the next shipment comes in. They quality is fine. The service is fine.

My main issues with Dollar Shave Club are in how much waste it produces and its weird, gender-forward branding. Dollar Shave Club is an environmental nightmare. Everything is packaged in the plastic containers one would find on most razor heads, but given how quickly they are produced and shipped, it just seems like a lot of waste. They do minimize this by packaging the boxes and samples in cardboard–the papery little shampoo or shave cream samples, for instance, feel more sustainable without forsaking quality–but it doesn’t feel like it has much impact against the sheer amount of plastic used.

The branding is also just so strange. Dollar Shave Club markets itself to be for any gender, because razors do not need to be gendered, but all of its marketing seems to be focused on bro culture and general tropes of masculinity. Their emails usually try to go with some cutesy, obnoxious subject line that just grates on me like . . . like a mediocre razor.

Like with Dollar Shave Club, the Quip is a perfectly fine toothbrush; unlike Dollar Shave Club, the Quip has so many nice added features that it’s become another product I recommend regularly. The Quip is an electric toothbrush that, basically, is just a toothbrush that buzzes. You’re not going to find any spinny bits or anything here; it’s a fairly standard toothbrush with a fairly standard design. When you sign up with a plan–and most offer codes are for a plan, not just a Quip–you also get sent replacement heads and toothpastes every three months.

Where the Quip excels, though, is in that design: the Quip is gorgeous. I know that’s a strange thing to say about a toothbrush, but it’s nice to have something up on my mirror that looks nice as well as serving a purpose. Its minimalist holder also acts like a shield from the general grossness of a toothbrush living inside of a bathroom–and while I’m not sure how effective it is, it certainly makes me feel better. The Quip also comes packaged in a nice, rounded, sturdy plastic holder than can be used during travel. It does take up a lot more space than a typical travel toothbrush, but it’s much easier to take than a standard electric toothbrush. It also just takes some standard batteries which are easy to replace.

While I do love that the Quip gets me to brush my teeth for a full two minutes (there’s a gap in vibration every 30 seconds signaling you to brush a new quarter of your mouth), I can’t confirm that it takes care of my teeth any better than brushing them with a regular toothbrush for the same amount of time would. What I can say is that the Quip is convenient and pretty, and those are two things I greatly enjoy.

While I love buying from companies that sponsor podcasts, I wouldn’t be able to afford to without my wonderful Patreon supporters. If you want more reviews on common podcast sponsors, curated recommended podcast playlists based on your taste, access to Q&As, and more, be sure to check out my Patreon and join in on the fun.