A few weeks ago, I posted a list of 5 Podcasts to Help You Cope with the Horrific Garbage Tornado of Today. Well, surprise surprise: 2017 keeps being horrific. The previous post was a combination of feel-good/feel-a-lot nonfiction and fiction meant to reconcile everything happening all the time always in the news.

As more constant bad awful garbage keeps happening literally constantly, I realized that maybe 5 podcasts was not sufficient. Maybe you, reader, need to distract yourself from the absolute horror of existence with a number closer to 60 podcasts, like me. (Don’t be like me, reader. Don’t be like me.) While I’m not giving you a full 60, I thought highlighting some of the best fiction podcasts for escapism might come in handy right now. 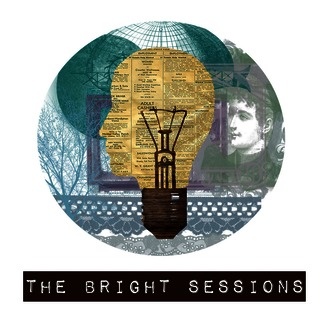 If you’re looking for something to make you feel feelings again, look no further than The Bright Sessions. This podcast is about a therapist, Dr. Bright, who specializes in “atypicals,” people with superhuman abilities. This show is much less X-Men and much more Friday Night Lights, though. Instead of the abilities being used in any exciting, heroic capacities, they act more as metaphors and ways to establish character–and character is what this show does better than almost any other podcast around. The Bright Sessions is immersive, suspenseful, and deeply emotional–the perfect remedy for feeling like your heart has had every single thing robbed from it by the glut of bad everything always. 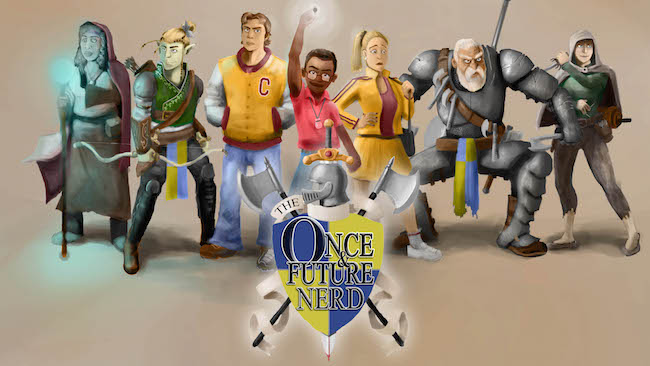 2. The Once and Future Nerd

Maybe what you need is to feel feelings, but not as much as the emotional hospital dose of The Bright Sessions. Maybe you like your feelings to be brought back slowly, with lots of humor and even the distance brought by high fantasy. If that’s the case, The Once and Future Nerd is for you. What starts out as a sort of Breakfast Club meets Lord of the Rings becomes a socially-aware drama comedy with twists and suspense that rival Game of Thrones but without, you know, hating women. The show follows an epic quests while also throwing pot shots at archetypal Nice Guys and delving into discussions of racism and classism. This podcast is the perfect mix of fun, exciting, and hearing stellar takedowns of so many things you hate about the world. You can read more about The Once and Future Nerd in the recommendation I wrote during this year’s #TryPod.

3. The Orbiting Human Circus (Of the Air)

Maybe the feelings you want to feel are nostalgia, longing, hope, and a sense of whimsy. For this, you can do no better than The Orbiting Human Circus (Of the Air). This show features Julian Koster, frontfae of indie darling Neutral Milk Hotel and The Music Tapes. This show’s plot focuses on an old-timey radio show that broadcasts from the top of the Eiffel tower and the show’s janitor, Julian, who stumbles into hijinks. The story weaves around itself, focusing much more on feeling than linear storytelling in a way that is ambitious and lovely. The Orbiting Human Circus cares about transporting the listener to somewhere enchanting, beautiful, and strange–the perfect type of escapism when everything is terrible and the worst. 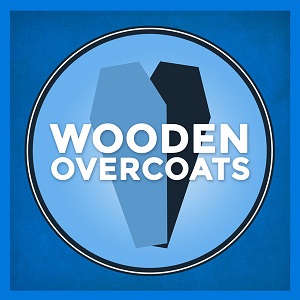 Maybe you want to feel very few feelings and instead get wrapped up in quick-paced, extremely British humor. Wooden Overcoats reads like an audio Black Books, with the place of business being a funeral parlor instead of a bookstore. The show is narrated by a mouse who constantly urges you to buy her bestseller about Rudyard and Antigone Funn, the owners of the funeral home that had gone without competition until the frustratingly perfect Eric Chapman opens up a competing business right across from them. The setups for each show are absurd and hilarious, keeping you on your feet with rapidfire jokes and bizarre characters. If you’re looking for a show that mixes dark humor, absurdism, and zaniness, Wooden Overcoats is perfect. 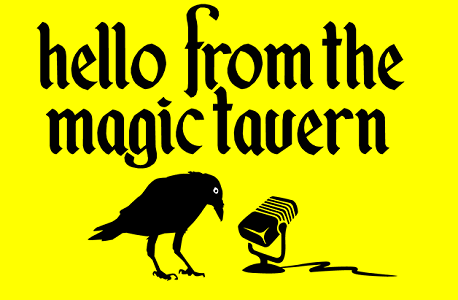 5. Hello from the Magic Tavern

Maybe you want to feel exactly no feelings at all, and additionally, very few thoughts. Hello from the Magic Tavern is a combination of Dungeons & Dragons, The Chronicles of Narnia, and Forgetting Sarah Marshall. The humor is broad and borderline frat bro but with the juxtaposition of also being borderline fatalistic. The show is a long-form improv about a man who falls into a magcal realm from a portal behind a Burger King, and even though it’s improvised, it has the most impressive continuity I’ve ever heard. I’d recommend starting with the first episode featuring Flower instead of the actual first episode; Flower, a literal flower who wants to fight everyone and also die, is exactly the kind of guest who makes the podcast so strange and hilarious. If you want to escape the constant terror tornado–terrornado, if you will–of daily life with laughter, you’d be hard-pressed to find a podcast as funny and dumb as Hello from the Magic Tavern, and I mean that in the best way.

All of the shows listed can be found on any standard podcast streaming app like the Podcasts app for iPhones, or PodcastAddict and PocketCasts for Android. They can also be streamed directly from their sites. If you want more podcast recommendations, you can read my reviews or ask me on Tumblr or Twitter.