On April 6th, my husband and I went to go see one of our favorite shows, NPR’s Ask Me Another. The show is a trivia and word puzzle game, a fun and silly departure from NPR’s usual news–much more Wait Wait . . . Don’t Tell Me! than All Things Considered. The event was a rare date night for us; we’re usually too busy to go to events like these, but we had to make an exception for this one. The show was at the beautiful Orpheum Theatre in downtown Phoenix, and in the days leading up to the event, my husband and I would talk about who the guest might be. Arizona isn’t exactly known for being a star-studded state, and the celebrities we’ve produced have all left. Would it be that guy from Tool? Would it be David Spade? Would it be Alice Cooper? Does Alice Cooper even still live here? Maybe a fancy L.A. celebrity would take the 45-minute plane trip over to be the guest. Maybe somebody was hitting Phoenix while on tour. We were abuzz with excitement.

When we got to the venue, I looked up at the marquee, looked to my husband, and simply said, “Oh. Hmm.” His response was, “Huh. Okay.” The marquee read,

NPR’S ASK ME ANOTHER
WITH SPECIAL GUEST
PENN JILLETTE

It wasn’t that Penn Jillette (of Penn and Teller fame) isn’t a big enough star to impress us–again, we were thinking the guest might be “Guy From Tool.” It was that every time I’d heard someone talk about Penn Jillette, they’d be sure to mention what an asshole he is.

As the show started, it quickly became clear that it would take a feat of assholery to make the show feel anything less than a great night. Ophira Eisenberg was even more hilarious in person, and seeing Jonathon Coulton made the Portal-loving 15-year-old inside me so much happier than I’d expected. The jokes about Arizona’s hatred of daylight savings time (we don’t do it here)and incorrectly-numbered streets and alleys were a nice retreat from the standard, “But it’s a dry heat!”–though, naturally, at least one of those had to be made, too. I wasn’t expecting the show to start with a standup routine from Eisenberg, but it was the perfect opening for the show. Hearing the jabbing banter between Eisenberg, Coulton, and puzzlemaster Art Chung was a highlight of the night, especially since it was all ultimately cut from the broadcast. All of this cemented why going to actually see the show was such a pleasure, even without being an audio nerd–but we’ll get to that later.

By the time Jillette got on stage, I was too happy to care much. His interview ran for an excruciating amount of time, during which he cemented himself as, yes, an absolute asshole. He spoke over Eisenberg, said incredibly misogynistic things (something about using a hot blonde as a marketing tactic sticks out in my mind, but I don’t remember the exact phrasing), and seemingly kept trying to assert that he was the most interesting person in the room.

Let it be noted that he wasn’t the most interesting person in the room at all. Stacey Gordon, the Muppeteer who plays Julia, the first Muppet with autism on Sesame Street was, hands down. 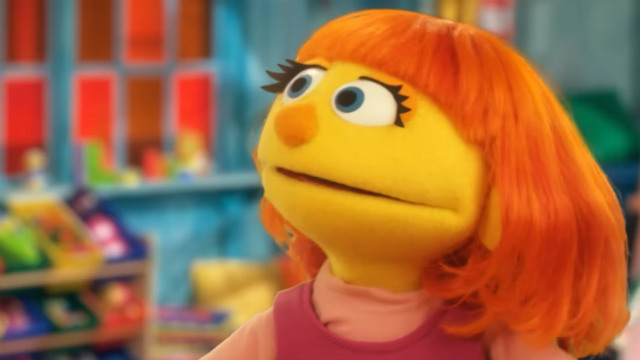 The strangest part of Penn Jillette’s presence was how he managed to be both progressive and regressive about sexism without ever seeming to understand the cognitive dissonance therein. Still, the show was enjoyable enough to write off 90% of what Jillette said.

We stayed all the way through the pickups–the moments that had to be re-recorded for broadcast episodes. As someone who’s done audio editing before, this was almost as exciting to me as the show itself. I couldn’t wait to hear how they’d blend all of the takes together, see what they’d add, and see what they’d cut out. We had a few guesses as to the some deletions–all of those jokes about the streets, we knew, wouldn’t make the cut. As we left the venue, though, my husband asked me, “What are they going to do with Penn’s audio?”

I had absolutely no answer for him.

On April 28th, 2017, NPR released the episode of Ask Me Another that we got to see. The episode, titled “Penn Jillette: Fool Us Once,” captured all of the best moments of the show. The guessing game with Stacey Gordon was cut down for time, but the important parts of her touching interview were kept in. Jonathan Coulton’s performance of one of his songs was edited out as well.

Jillette’s interview, though, was absolutely intriguing to me. His 45-minute (roughly–it could have been half an hour, but I’m keeping that estimated 15-minute addition on for emotional truth) interview was cut down to a sleek 12 minutes. The only time he talked about women in the final product was when Eisenberg asked him why there are so few female magicians. Jillette’s response was genuinely funny and progressive, as it was in the performance:

JILLETTE: I think there are going to be. I believe it has to do with the same reason you didn’t have women comics . . . but why that was more difficult–one reason is we didn’t let them. I mean, women were not welcomed in magic clubs. That’s one whole awful reason.

JILLETTE: But there’s also, ah, there’s a kind of, um, “I know this and you don’t” type of attitude that, in our culture, is not associated with, uh, with the female gender.

JILLETTE: And, uh, as, as Jerry Seinfeld says, all magic is, “Here’s a quarter, now it’s gone, you’re a jerk, now it’s back, you’re an idiot, show’s over.” And um, magic is just a formal form of mansplaining.

When my husband heard the podcast version of the show, even he was amazed by how much they cut from the interview. It paints Jillette in a positive light, and makes his moments on the show seem fun and interesting.

Let me just say right now that this is not a bad thing. This is something kind of amazing. This post isn’t to say “Penn Jillette kind of sucks”; there are, I’m sure, plenty of much better sources on that. This is a love letter to NPR’s audio editors, who are doing absolutely incredible work.

Making Penn Jillette seem bearable isn’t a way to gloss over the fact that he isn’t. It’s the editors’ jobs. While Ask Me Another is an NPR production, it isn’t journalism. Ask Me Another is a funny, silly puzzle show. The guests aren’t on to be asked in-depth questions about who they are as artists; instead, they’re asked on to give the show higher ratings for having celebrity guests and promote that guest’s upcoming work. Ask Me Another isn’t 60 Minutes; it’s The Tonight Show. Because of this, the editors likely knew they had to edit out everything that made Jillette seem deplorable to a typical NPR listener, and they did expertly. Listening to his audio felt like a practice in forensics: I tried to hear where each asset was snipped, put back into the audio, and smoothed over. The only reason I could was because I’d heard the source audio.

This is why seeing live shows is important for anyone who can. Other than the appeal of a show’s energy when seen live or getting to see your favorite hosts/actors/etc., there’s moments you’ll never be able to experience over just listening to a podcast. Seeing shows like Ask Me Another also lets you understand just how much audio editors do to make those final products the quality you’re used to. There’s the go-to adage from Futurama’s God that’s typically brought up in moments like these:

The sentiment is still true here. Most listeners, I think, won’t be able to tell from this episode that Penn Jillette is an insufferable misogynist. This is a good thing. I think, though, for any podcast fan, taking a moment to truly appreciate their favorite show’s editors is just as important.