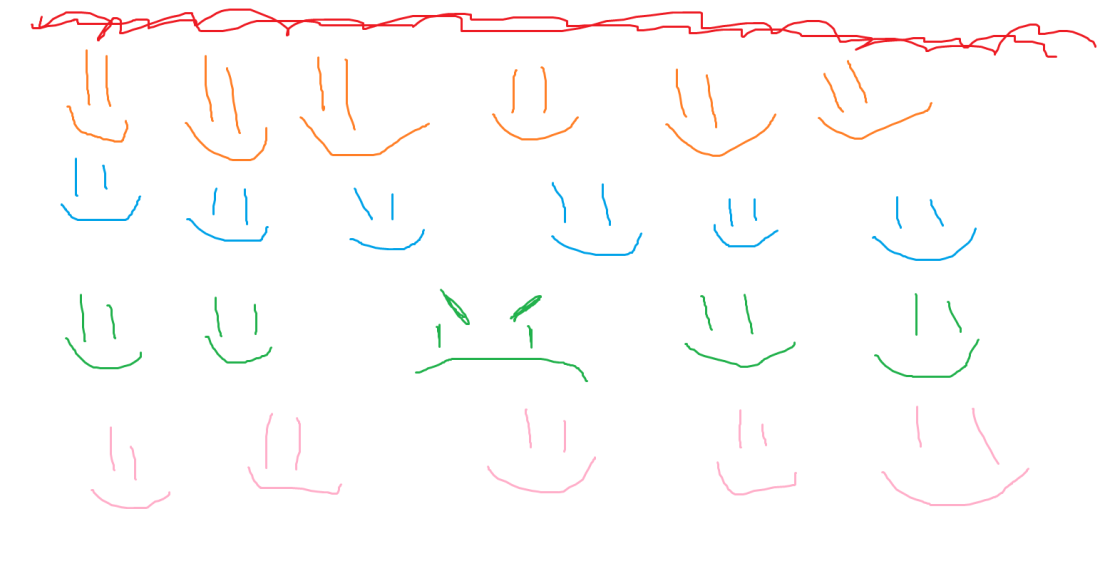 Tell you what’s tedious and samey – people who hate podcasts getting paid to write about how they hate podcasts. This writer is a music critic. Where’s my commission for 2000w on how all music sucks because I once heard a David Guetta song I didn’t like? https://t.co/CLHBEX4cgg pic.twitter.com/pz6OTCX8F2

On April 17th, 2019, The Washington Post published an article titled, “Are podcasts killing music or am I just really insufferable?” by Chris Richards, a music critic. This is a response to Richards’s article.

Some of y’all about to be real mad at me, but it must be said—and if this were a piece of music, you would now hear some ominous bass, followed by a moody beat. But, fortunately, this isn’t a piece of music, so my statement will just happen in text: I’m against music.

I think they’re all repetitive and obnoxious, and when I’m feeling big bitchy, I think they’re the enemy of podcasts. Based on the songs I’ve heard (David Guetta’s “Play Hard ft. Ne-Yo, Akon” and David Guetta’s “Where Them Girls At ft. Nicki Minaj, Flo Rida”), most pieces of music are all four-on-the-floor beats with fake instruments and inane lyrics, and there are no genres of music, this is the only type of music that exists. Also, I like podcasts. With all the world’s unheard podcasts beckoning us with their endless stories and conversations and information and artistry and comedy, why would one choose to waste their precious time listening to music?

Yelling really contrarian opinions at people who are just trying to enjoy a thing makes me feel like I am a very sad and alone sympathetic underdog protagonist trying to start an uprising against “big music,” who rules our lives and has the sole purpose of making me feel like not the coolest, most knowledgeable guy in the room, which makes me feel scared. In Rolling Stone, a journalist once called music “pretty neat.” First, The Beatles wrote songs and they sold a ton of copies or something—The Beatles were definitely the first people to make music, though, that much is fact, trust me, I might be a podcast critic but I am also secretly a music historian and this is how it went down. Then, Beyonce existed, and now there are songs everywhere, and people keep making them.

This scares the shit out of me, especially since it turns out music is profitable. Instead of treating music as a convenient way to feel cooler, which is a real thing people do and isn’t me projecting my fears about not really being into a medium onto its entire massive consumer base as one generalization, let’s take them seriously, which zero people have ever done in history ever never ever.

Like it or not, they’re invading a noise-o-sphere near you. The marquee names of music—David Guetta, probably some other people too, maybe that Beyonce person—are currently actually playing their music on radio stations usually dedicated to podcast’s older brothers like conversations, news, or fictional serials.

I’m anxious about podcasts being evicted from its house by “big music,” but I know more about the music industry than anyone else, so let me tell you why it’s happening. While podcasts deliver intimate experiences because they happen in our headphones and have human voices, music also can do both of those things but the difference is that I don’t like music. People think the listening experience of music is “an okay thing to do” when actually it’s “make me feel confused and angry.” Plus, sometimes music has chords that make people feel feelings on top of it happening over the headphones. There’s also a lot of music—I think this Guetta guy has a whole record out—and that means people think they must be able to find a song they like.

Is that why my revulsion to most music—I know I’ve only listed things I hate here, and I keep talking about the medium as a whole, but like, just most of music—feels so personal? Why does an intimate experience make me feel so scared? Is writing a column the same as asking a therapist?

Once upon a midnight dreary—ah, distinctly I remember it was in the bleak December; and each separate dying ember wrought its ghost upon the floor—I decided to listen to a song by a pastry chef who I really like. This person is so goddamn baller at making baguettes that I figured their skills would be transitive to anything. It turns out that making a baguette doesn’t mean you know how to play a guitar, and that means that nobody can make a good song. I yanked my headphones off, which hurt, and music is to blame.

I decided to do the best thing anyone can possibly do when they’re grumpy: tweet. “I hate music because of how it sounds,” I twote. “Lyricists and composers collaborate, establishing a story in the reader’s mind. The chords dictate the emotions. It’s tragic, all these great thinkers presenting their thoughts like that dude with a laptop mic putting his thoughts about why nostalgic movies kinda suck on an RSS feed.”

Forget the bloopy synths and repetitive drums—the thing that derails most music is the instruments. There are two kinds. The first is sample of a Dutch trance song from 2000 as popularized by David Guetta on “Play Hard ft. Ne-Yo, Akon,” which other people probably replicate. The second mode is Nicki Minaj going “day-dede-day-dede-day’d-day-day,” and you hear it on David Guetta’s “Where Them Girls At ft. Nicki Minaj, Flo Rida,” a format people use when they can’t think of something to sample. And it’s pretty much one or the other. Get a sample of Alice Deejay’s “Better Off Alone” or Nicki Minaj singing “day-dede-day-dede-day’d-day-day.”

I know. Hating on music because of musical instruments would be like someone hating on podcasts because they don’t like how people talk. Also, it’s clear that most A-list musicians have put a ton of time into learning how to play an instrument. On top of that, there are songs—like David Guetta’s “Titanium ft. Sia,” which has Sia—that use voices I like so those ones are okay.

But I stand by my Twitter tantrum, to which someone replied, “Sounds like you’ve literally only heard David Guetta songs, and maybe you just don’t like David Guetta?” It immediately reminded me that I’m right, because one time I read in a book that some people don’t like things. But maybe it was just that I still didn’t really know how to do a Google for music that wasn’t David Guetta.

Fittingly, that same person tweeted me a new song, Joni Mitchell’s “A Case of You,” which was not only a pretty straightforward story but also featured just an actual acoustic guitar and no weird synths or bleeps and bloops and just one person’s voice and no rap verse. It was like podcasts in that it was something I liked, and that means that I had to like it for the same reasons I like podcasts. I’ve been yelling at everyone I know to listen to “A Case of You” by Joni Mitchell, and everyone’s been like, “Yeah . . . we know . . . it’s a pretty good song,” because they don’t understand that I’m changing their lives.

In a biodome of mediocre songs, does “A Case of You” sound better to my eardrums because Joni Mitchell is the only good musician in the entire world, based on the songs by the other musician I’ve heard, David Guetta? Yes.

My friend who’s super into The McElroys loves Sufjan Stevens, a musician who loves God and banjos. It’s neato. My friend who makes a full-cast audio fiction talked about Mitski once, a woman with a guitar sometimes and with no guitar sometimes. She’s pretty okay. A bunch of my friends have told me about this musician “Spotify It’s Really Easy There’s a Ton of Music There That Isn’t David Guetta.” That one confused me. But I’d still rather hear all these songs spoken out loud on a podcast or made into a delicious baguette—and probably my friends would be cool with that, because none of them told me I’d like what those sounds would taste like as a long crusty bread or what those songs would sound like just spoken with no instruments.

I wish someone would, though. I want people to want to hear songs that sound exactly like what I like about podcasts, and based on what I know about songs, they don’t, and is it so much to ask that songs do things better, based on my analysis of what is sonically good, and assuming that no pieces of music do this, because they don’t, which I know because I’m a music expert by night?

Yes. It’s too much to ask. One time, I had dinner with some friends, and when I voiced my negative opinion about a thing people generally like, music, one of them looked me dead in the eye and said, “You’ve done a full on murder of my heart, and now I’m going to die forever, and it’s your fault, you evil criminal bastard.”

Don’t get me wrong: I’m a fucking cool person to be having dinner with these people. They were all super rad geniuses with billions of dollars, and I’m their friend, so remember: I’m like, really cool.

Everyone at the table was talking about music they like, even though I think liking music is shitty of someone. When I told them they were wrong and music was horrible, actually, they treated me like this isn’t a cool way to have a conversation with people who were bonding over sharing a common interest. Here’s why I’m still right and they should invite me back.

First, I seemed to be arguing that “music should sound good.” Wasn’t that like saying every podcast should be 99% Invisible? Not quite. By “sound good,” I meant that I wanted every song to fit my extremely vague concept of what they sound like. Music is made out of sounds, and those sounds don’t have to sound like the only living musician, David Guetta.

A second thing they yelled at me about: people like music and literally what is wrong about that? I mean I guess this is okay, but instead of focusing on how maybe this makes me feel insecure because I feel like the only way I can contribute to conversations is by talking about my interests or yelling about things I don’t like and having people agree with me, I’m gonna say I’m still right here because they’re just not smart enough to get why music is bad.

Finally, one person was like, “Do things really have to be a very specific narrow of high art in order to be enjoyable? Who actually gets to set the idea of what high art is? Who do we consider experts in a field, and why? Do those people say what high art is, what low art is, whether the distinction matters, or whether the distinction is more important than enjoyment? Is ‘thing good vs. thing bad’ for an entire medium really the most nuanced discussion we can have? To what end? What purpose does this serve, and for whom? At a certain point, what is earnest analysis, and what is a feeling of petty exclusion so intense, but so unchecked, it causes someone to write a thinkpiece about an industry they know so shockingly little about?”

But I’d already been kicked out of the party, so whatever.