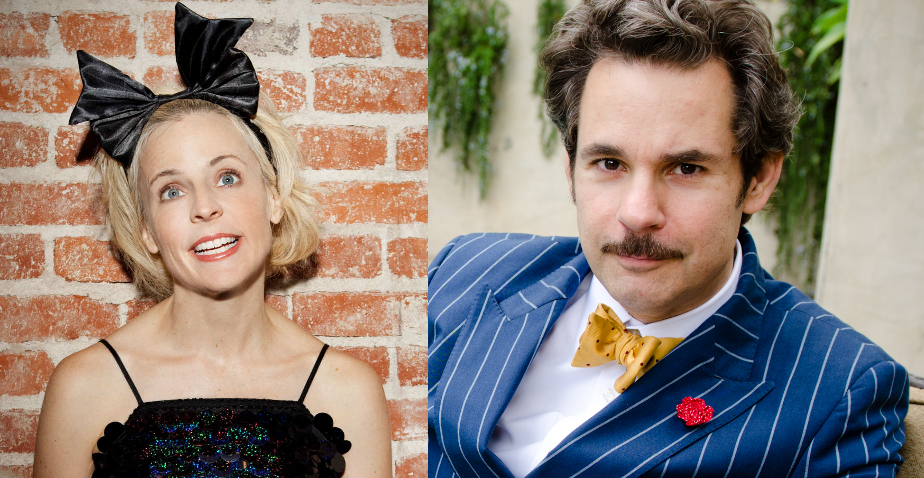 “Do you think depression is funny?”

From the first line of this podcast, I knew it was something special. This question is the first moment of audio for each episode of The Hilarious World of Depression, followed by the featured guest’s answer–which is always some iteration of, “I think depression is absolutely funny.” The intro, punctuated by the sweet, simplistic guitar theme is the perfect introduction to the show and its philosophy as a whole. The Hilarious World of Depression is direct. It’s unflinching in is honesty. It’s also sweet, lighthearted, and sometimes, downright motivational. The combination of the premise of the show and its stellar cast of guests makes The Hilarious World of Depression, which only just finished its first season, one of the most impressive breakout shows in the nonfiction world.

Comedy has taken both a much darker and much lighter turn within the last few years. Nihilistic, fatalistic, absurdist humor is on the rise, with a greater focus on blunt depictions of mental health. With the stigma against mental illness slowly, slowly receding, topics like discussion have become the new most relatable and, for many, most cathartic sources of humor. Take, for instance, the critical success of shows like Bojack Horseman:

Bleak–though not necessarily “edgy”–has become the new best place for comedy, and this podcast embraces that idea wholeheartedly.

However, The Hilarious World of Depression is not a comedy podcast. It’s an intimate, interview-style show that does feature some comedy, but is about the actual comedians behind the work. The host, John Moe, effortlessly shifts between describing the obstacles, pain, and frustration that come with depression and the levity required to actually manage it. Take, for instance, this moment from the episode, “Paul F. Tompkins Sees Dead Grass and Has Screwed Up Relationships” (obviously featuring Paul F. Tompkins who, yes, also plays a main character in Bojack Horseman), which comes after a long discussion of Tompkins’s family history with depression:

TOMPKINS: I would look at my life on paper and say, “I have a good life. why am i feeling this way?” You know–“Why does everything feel so hopeless to me?” And, um, that’s when I realized, I think I’m, I think I have a clinical depression.

MOE: Now, was Paul’s genetics finally catching up with him, delivering him the misery that was his brithright, or had it een there all along, masked beneath a veneer of comedy and performance, tap-dancing through the gravewayrd?
Don’t know, can’t say, brains are weird.

The moment comes in the midst of talking about Tompkins’s stage persona and actual personality. Tompkins is often seen as kind and upbeat–I’d argue that “bubbly” would even suit his persona, and it seems that his actual personality would match as well. This is a running theme in the show: comedians who often seem so genuinely joyful still often suffer from mental illness, and Moe’s tone mirrors the concept flawlessly.

Another example of this is from the episode “Maria Bamford Talks Bipolar II While Her Pugs Eat Nilla Wafers,” which is tonally much darker than the episode featuring Paul F. Tompkins. Even in the midst if Bamford’s discussion of Bipolar II, her OCD manifesting in violent sexual thoughts, and a clip from one of Bamford’s comedy set in which she describes seeking help for her suicidal ideation:

MOE: It would be great if at this point I could say, “And it turned out making the world laugh was all she needed! After all, laughter is the best medicine!” But for one thing, it’s not–I think that’s penicillin, maybe the polio vaccine–but also, it wasn’t true. Her comedy, though brave and honest, wasn’t a cure.

The show is consistently impressive with how motivational it is without ever being prescriptive or didactic. The audience is given, very specifically, the words of comedians themselves, not some instructional philosophy from the show’s writers or producers. The same is consistent with the show’s entire first season: each question asked, each issue tackled, isn’t about the show trying to persuade the listener to a specific viewpoint. Some guests swear by the medications they’ve taken; some swear by going to therapy alone. The show maintains its endearing softness in how open and appreciative it is of all methods of “dealing with”–never “battling”–depression. It isn’t too precious or saccharine. It isn’t too dreary. The show is just genuine, kind, funny, and honest.

It might seem like The Hilarious World of Depression might be, specifically, for those listeners who deal with depression. The blunt discussion of mental illness and the symptoms that come with it–which can include alcoholism, drug addictions, and some intense discussions of existential dread–might feel off-putting for some, especially given the cavalier method of conversation between the host, John Moe, and his guests. I would highly, highly encourage these listeners to keep listening. The discomfort will subside and, likely, you’re going to learn about serious mental illnesses while learning more about genuinely interesting celebrities as well. In the words of APM Podcast’s site for the show,

If you have not met the disease personally, it’s almost certain that someone you know has, whether it’s a friend, family member, colleague, or neighbor. Depression is a vicious cycle of solitude and stigma that leaves people miserable and sometimes dead. Frankly, we’re not going to put up with that anymore.

For those listeners who do suffer from depression, though, you’ll find something intensely familiar and comforting in The Hilarious World of Depression. The show’s knack for being supportive while not making depression an issue makes for one of the most refreshing takes on mental health that can be found in any medium, let alone podcasts.

If I had one complain for The Hilarious World of Depression, it’s that the theme music, which is also abridged throughout each episode to aid transitions, becomes immediately unbearable after punctuation the introductory question. It is the one thing that is too sweet and precious, and is often distracting in how cloyingly innocuous it is. It’s only used very occasionally outside of the show’s introduction, which makes it somewhat passable–and one small complaint about one small part of such an incredible show is, hopefully, indicative of how wonderful the rest of its content is.

The Hilarious World of Depression is on a pseudo-hiatus, releasing short, sweet episodes called “Placebos,” taking their name from sugar pills. There aren’t dates set for Season 2, which means now is the perfect time to catch up before there’s a whole new lineup of guests.