This Fall, a large number of podcasts have gone on hiatus between seasons, but many are just getting started or returning for new seasons. This post will highlight some of the most exciting new and upcoming releases for Fall 2018.

Mythos is an audio fiction that blends science fiction and fantasy, feeling in line with works like Star Wars with twinged of Indiana Jones. The story follows an elf mage in her search for what happened to an ancient artifact. The first episode was a fun, immersive mix of lovely sound design and storytelling. So far, Mythos skews a little young in assumed audience, but I don’t think this is a negative thing. Star Wars and Indiana Jones both appeal to kids and adults alike, and that feeling rings true here as well–at least, so far. This podcast also already features rich, beautiful art; it’s clear the creators have a strong sense of the setting and story they’ve created, which gives me confidence in its longevity.

Like Mythos, Red Rhino skews young in its assumed audience but remains a fun listen for adults. This podcast is about a superhero, and its first episode largely features an encounter with a rhino at a zoo. Currently, we’re in the origin story days of a superhero tale, and Red Rhino excels in its character writing, making even these early moments fun and engaging. The story flits quickly between comedy and high stakes that are occasionally over-the-top, but in a way that suits the narrative and the genre.

Adventures in New America is one of the upcoming new releases from Night Vale Presents. Adventures in New America is an Afrofuturist buddy comedy that plays with camp and a strange, incredibly cohesive setting. This audio fiction follows a man trying to find any way to pay his medical bills and his thief friend through a series of hijinks and heists. The first episode, which I received for review purposes, is jam-packed with social commentary. Not only is protagonist IA’s quest to pay his medical bills central, but so is the secret group of Tetchy Terrorist Vampire Zombies from outer space–a group of the massively privileged, who try to take over a land they have no claim to by sucking the essence of its people dry. The metaphors are direct but delightful, and they play off of an equally funny and commentary-heavy setting, throwing jokes and concepts at the wall constantly, letting the audience watch as each one sticks.

Dreamboy is Night Vale Presents’s second new release this Fall. Like with Adventures in New America, I was given the first episode for review purposes; also like Adventures in New America, it was quickly obvious that Dreamboy is going to be something special. This strange, mostly single-narrator story follows Dane, a musician living in Cleveland, who just wants to write an album and stay afloat. There’s a sort of frantic, stressed out energy to Dreamboy that feels as confusing as it is relatable. It’s a whirlwind of gorgeous production and lyrical writing paired with strange jokes and an even stranger emerging plot. I found myself laughing out loud but also entranced, listening several times in a row just to steep in this strange world and narrative for longer. 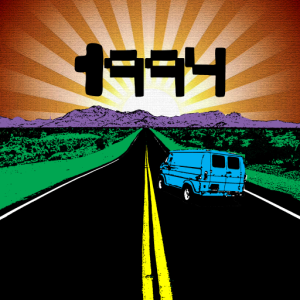 1994 is an upcoming audio fiction inspired by classic teen movies from the 90’s. The cornerstone of 1994 is James Oliva in the lead role as Scott Sweet, a cynical, sarcastic high schooler. This 7-part mini-series will follow Scott and his friends on a roadtrip starting in Saguaro, Arizona, a fictional town that I can confirm feels like so many towns in Arizona. The first episode is laden with a guitar-and-drums score that helps hammer in the 90’s setting without being too obtrusive. The narration Oliva delivers is classic for teen comedies, and Oliva’s performance is unsurprisingly perfect to root the story.

Palimpsest has returned for its second season, featuring a new story using the cast and crew of its first season. For season two, Palimpsest moves away from its haunted house narrative to one focused on a circus. The feeling of the circus here, so far, is less American Horror Story and more The Night Circus, though with the character-driven, poetic writing style that makes Palimpsest such a standout, especially in horror. This season focuses on Ellen, a young woman who leaves the family business to find a better life for herself, instead encountering a circus, a mystifyingly beautiful woman, and–according to the trailer for this season–the fae.

Greater Boston’s first episode of their third season is Greater Boston epitomized. This audio mostly-fiction has always been changing the blueprint for what podcasting can sound like and accomplish, and in its first episode, it finds ways to reinvent its already inventive form. The stories the episode follows are similarly complex, flowing through different emotions quickly but always landing each turn. I can’t say much about the plot of the episode, because to say anything would be to say too much. If you haven’t caught up with Greater Boston yet, listen to its first two seasons soon; this is something you’ll want to keep up with. 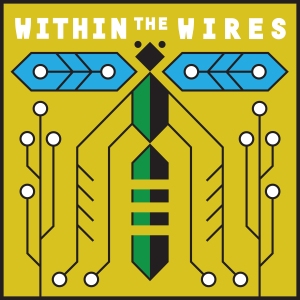 Within the Wires: September 4th

A returning Night Vale Presents podcast, Within the Wires focuses its third season, “Dictation,” on letters a bureaucrat, Michael Witten, dictates to his secretary. I received the first three episodes of this season for review, and I was immediately taken by how tonally different it feels from the stark, almost cold production; “Dictation” is frenetic and charismatic, following the feeling of the jazz discussed in a few episodes. Witten’s job is seemingly to build and refine the sorts of facilities that the first two seasons take place in, and this opposite perspective is jarring and haunting–especially with how endearing Whitten, expertly played by Lee LeBreton, is. While it’s not necessary to listen to the previous seasons to enjoy “Dictation,” it does seem more firmly tied to the world of Within the Wires. New listeners will be able to jump into this season to a new story, and listeners who have heard the first two seasons will be able to experience something very new and riveting while finding connections between the three seasons.

Limetown is one of the classic cornerstones of audio fiction. Its first season ended December 2015, leaving fans to wonder if it would ever return, or if its cliffhanger finale would be the ambiguous end to the story. On Halloween 2017, though, the second season was announced, and will be released Halloween 2018. Limetown is the story of Lia Haddock, a reporter trying to figure out what happened to the eponymous Limetown, a city made up of the brightest minds in the world who all mysteriously went missing. It’s a chilling science fiction thriller that set an early bar for quality in audio fiction. After the success of production company Two-Up’s 36 Questions, it’ll be interesting to see how Limetown has evolved–and what happened to Lia Haddock after the first season ended.

Point Mystic is a horror story that feels completely different from the larger landscape of horror in podcasting. The show is largely improvised, taking the narratives given by the actors and running with them down often terrifying roads. The show’s upload schedule has been a bit erratic, but its first arc, “White Rabbit,” is some of the most memorable horror writing in the medium. Its second season has only just been announced, with a teaser dropping September 2nd.