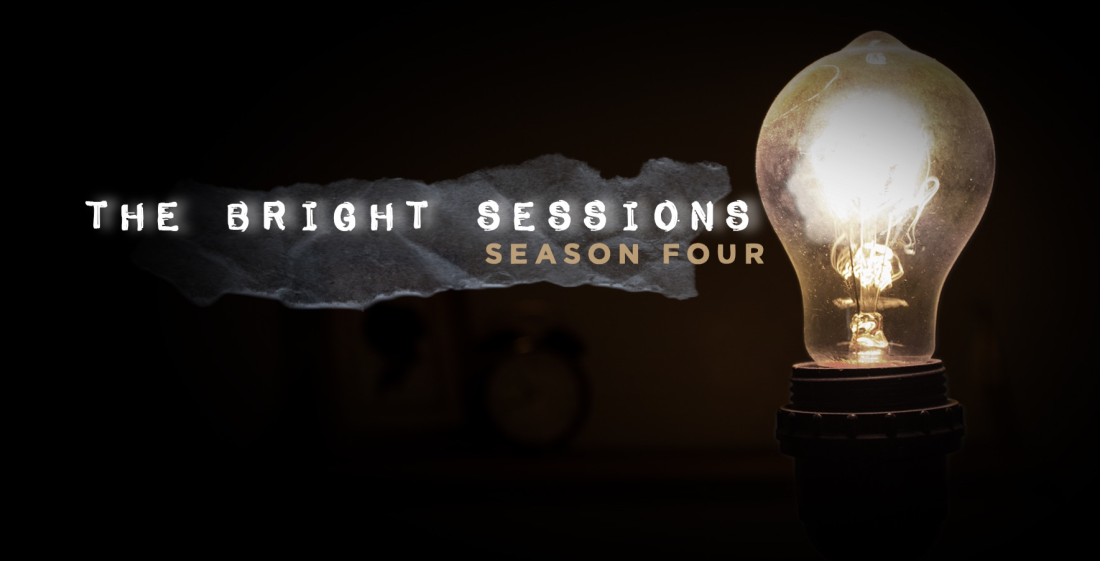 Months after a break following the intense final episode of Season 3, The Bright Sessions has returned for its fourth season today with “41 – Birthday.” This review will contain spoilers, so if you haven’t listened to today’s episode, you can listen here. If you haven’t started The Bright Sessions, a phenomenal audio drama about people with superhuman abilities going to therapy soon to be adapted for TV, you can start listening here. The show’s website also includes transcripts for each episode.

“41 – Birthday” begins with a jarring time jump. Instead of starting where we left off with Damien being knocked out my Caleb and the group floundering for what to do next, we hear the group celebrating Sam’s birthday. While the in-universe calendar hasn’t yet been updated (likely to avoid spoiling this), Sam’s birthday is January 1st, meaning the start of season four begins almost two months after the end of season three.

Sam’s birthday party is an honest attempt by Mark, Joan, Chloe, Frank, and Sam to seem like normal friends celebrating, but of course, the group’s abnormalities and all-too-recent history quickly catch up on them. Mark drinks, Chloe spills secrets she shouldn’t and scolds herself, Joan is dry and sarcastic as always, Sam is anxious about not properly knowing how to have a birthday party, and everything is exacerbated when Caleb and Adam unexpectedly show up. The episode is as character-heavy as the best episodes of the show always are, but with surprising, confusing plot moments scattered throughout. The listeners find out that Robert/Damien is with The A.M., but he’s being released soon; Agent Green’s phone call ominously reveals that The A.M. has “done all [they] can for him.” Caleb has been kept away from his atypical friends and is now seeing a different therapist. Adam’s family is in turmoil now that his parents aren’t speaking to his aunt. Sam has been hacking into The A.M. to take files on atypicals, as well as taking trips almost daily, to pitch making an A.M.-but-better to Joan.

With so much in the episode, the pacing is, of course, chaotic. This episode, only about 25 minutes long, packs so much content in that it’s hard to keep up at times and take everything in. The tone created from all of this is stressful, even when the group is being sweet–a tone that’s perfect for “41 – Birthday.” Thanks to the show’s writing, acting, and production, the almost anxiety-inducing pacing feels very intentional. The listener is meant to feel how stressful this birthday party is, slowing down only when Sam explains to Mark at the end of the episode how good the party actually was for her.

While the episode follows Sam, the performances make sure that the listener feels the emotional highs and lows of each character, even if just for a moment. No performance is wasted in this episode. Frank, who only has a handful of lines, gets a memorably endearing performance from the fantastic Phillip Jordan. Ian McQuown’s Agent Green is more nuanced than we’ve heard him before, maybe even signaling some pointed disenfranchisement with The A.M. Anna Lore as Chloe is as energetic as she was when the listener first heard her, but that effervescent personality is mixed in with the complexity she’s gained over the last three seasons.

For almost the entire episode, “41 – Birthday” feels like it’s going to signal a much darker, more stressful turn for an already ark and stressful show. As a season introduction, the majority of the episode feels like it’s making a statement that the things the listener cared about in the previous season are only a fraction of what we can expect in the future–and in a way, I think that’s still true. The episode feels a bit like a “This season on The Bright Sessions” clip-filled trailer, with massive hints about the season’s direction throughout. What’s most important, though, is how the episode ends.

You can listen to The Bright Sessions on any major podcast streaming platform or on the show’s website. The website also includes transcripts of each episode and a well of bonus content. Episode 42 of The Bright Sessions will be released on November 1st.